When reporting an issue regarding the AI, if possible provide the relevant AI log file and a save game file that demonstrates the issue.
Post Reply
6 posts • Page 1 of 1
Message
Author 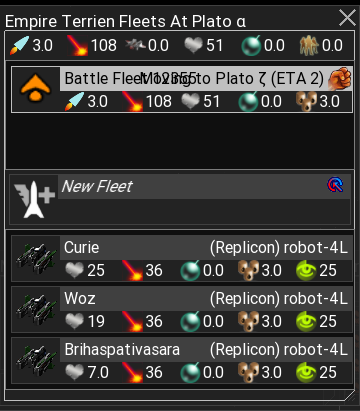 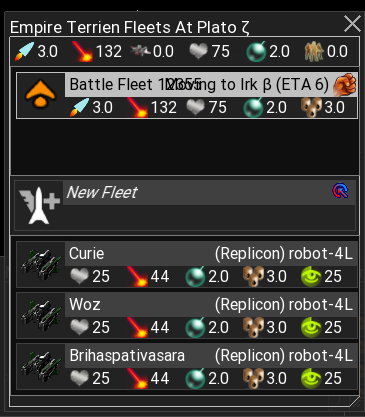 From my player's experience, it looks like the shield calculations are done before the new ships produced that turn are actually considered, so that ships created in turn X will have shield 0 and not count for the Rob. Int.:Shield (RIS) calculations of that turn.
However, I'd swear I usually need two turns for the effect to kick in (so RIS ships produced on turn N will not increase the shield meter of older RIS ships until turn N+2).

Also, just in case, remember that ion storms apply a -15 shield effect on fleets within it.
Top

thanks for the hints

As I understand your original description, it sounds like there was combat in the system, probably that whole time, and that would prevent the shields from increasing. Please go ahead and create an issue on our Github repo where you post a zipped
savegame file for this so we can check it our more. If you would, please also note in that issue that if we confirm that it was the combat that prevented the shields from immediately/promptly reaching their nominal value, that one possible resolution may simply to make a descriptive macro that could be used for all ship hulls/parts whose stats have an effect-driven augmentation like this, to clarify the potential for delay in receiving that augmentation if the ship is created in a system under combat.
If I provided any code, scripts or other content here, it's released under GPL 2.0 and CC-BY-SA 3.0
Top

for post #3 there was no combat involved, ships where quiet for all the test turns